Northern Territory Cottoning On to Cotton 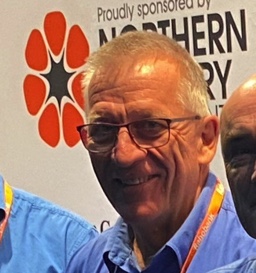 In the last couple of years, the interest in cotton growing in Northern Australia has increased significantly. Cotton is not a new crop to the north with the development of the Ord Irrigation area in the 1960s and early 1970s being on the back of cotton.

The inability to control insects that severely damaged the cotton crop forced farmers to look for alternative cropping options.

Prolonged drought along the eastern seaboard late in the last decade coupled with the perception that the north provided cost effective farming options with suitable rainfall ignited a major increase in farmer interest. Both from locals and farmers from the east and south keen to move north. While other crops have been assessed the major interest has been the opportunity to grow cotton whether it be irrigated or dryland (rain-grown). It has been a steep learning curve for everyone involved. While many technologies and techniques have been readily transplantable from the south eastern states, the north has offered up its own unique challenges including redder and harder-setting soils (not black), intensity of wet seasons, and humidity.

The 2021 NT cotton crop has seen in excess of 6000 ha grown and harvested, from the Douglas Daly region in the north, south to Katherine and Elliot with more than 95% of this area being raingrown. Yields have been varied but generally encouraging and to-date the cotton that has been ginned and classed has achieved very pleasing grades. With colour, strength and uniformity all base or better. With the bulk of the rain-grown, the December planted crops have tended to yield better than the later sown crops with this season, the lack of April rain, hampering the yield potential of the later crops. Certainly, a planting delay of two to three weeks has had an impact on yields.

The future of broadacre cotton in the NT appears very positive, however like anything new farmers growing the crop are on a steep learning curve. Identifying suitable varieties, maximising rainfall infiltration, managing crop nutrition, determining optimum plant populations and how best to use growth regulates under Northern Australian conditions, are some of the challenges which growers are currently dealing with.

Any advancement of the NT cotton industry in the near term will be hugely influenced by the construction of a ginning facility. Freighting seed cotton to Dalby or St George in Southern Queensland for processing, given the cost of freight, is economically not sustainable and will hamper expansion of the industry in the near term. Recent announcements by WANT Cotton re the construction of a ginning facility north of Katherine is exciting for the industry. The proponents have indicated planning is well advanced, equipment has been sourced and construction is due to start suggests a facility should be operating in the north within the next 12 to 18 months.

back to News, & Views

Luke Findley’s grandfather Bill started with CGS when they first opened in 1979 and the company has been the family’s main suppliers for the majority of the past 40 years.